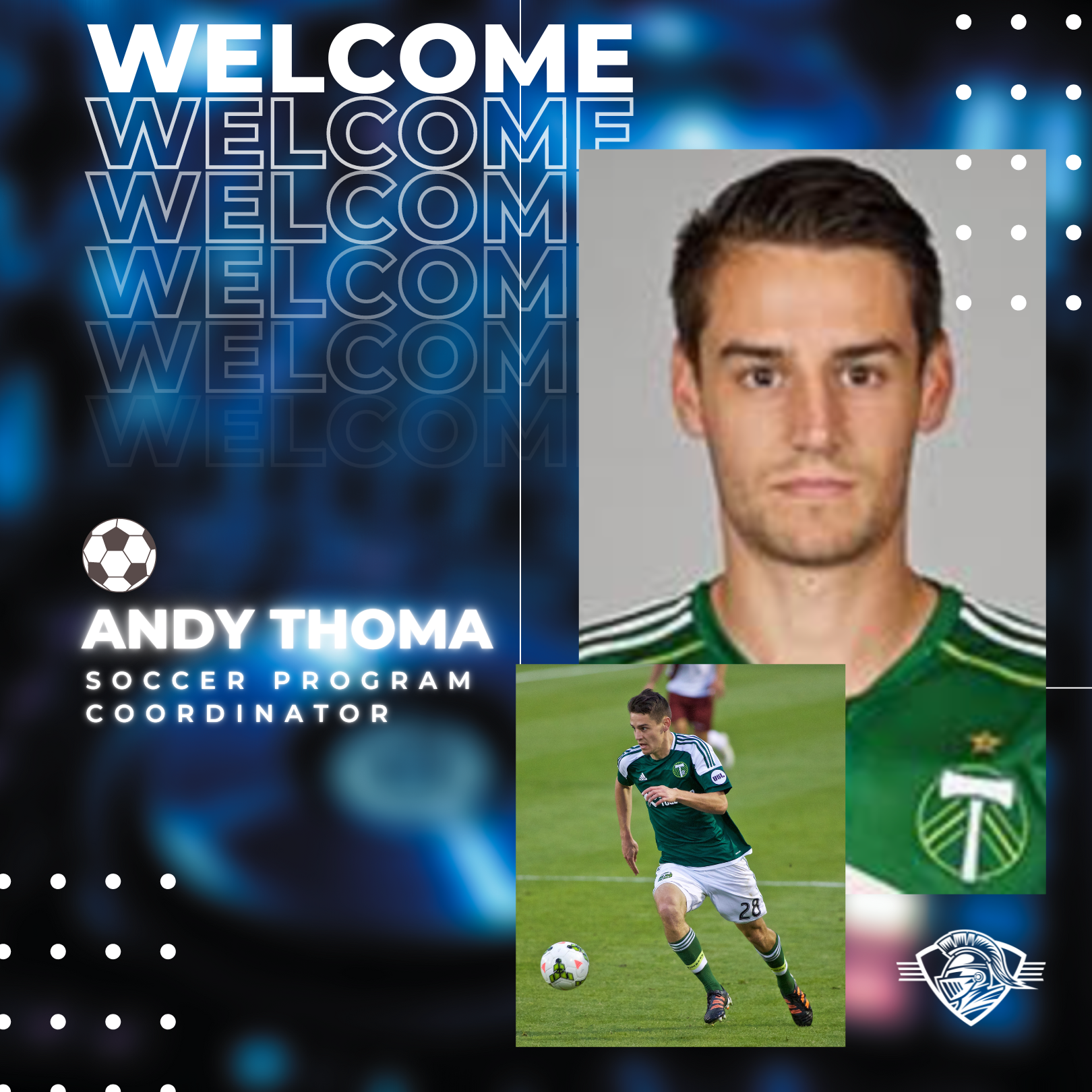 King’s Way Athletics is excited to announce our second important soccer hire of the summer. Andy Thoma, who is currently serving as the Junior Academy Director with the Washington Timbers, has agreed to fill the role of Soccer Programs Coordinator for King’s Way High School.

Andy has rich roots in the Northwest soccer community despite growing up in Los Alamos, New Mexico. He first arrived in Seattle at the University of Washington, where he earned several accolades as a defender, including the team defensive MVP and All-American honors. Andy’s professional career started in Portland with the Timbers, and he was a part of the 2015 side that won an MLS Championship. In 2017, Andy moved to Vancouver B.C., to play for the Whitecaps 2. A major injury ended his playing career but gave him a head start as a coach. He has worked with Seattle United and the Washington Timbers and has earned his USSF C License. Andy’s professional career in the MLS and his coaching experience are exciting additions to our King’s Way soccer family.

Andy is currently pursuing his Masters of Education. He and his wife have a 3-year-old daughter and look forward to welcoming child number two soon. Andy believes in the mission of King’s Way and looks forward to building on the solid foundation of our soccer programs. Upon accepting this new role, Andy commented, “I am so excited to be a part of the King’s Way soccer community.  I am always thankful for the gifts God gave me, and I am excited to help guide the new generation of players to reach the full potential of their own God-given abilities.” Well said, Andy!