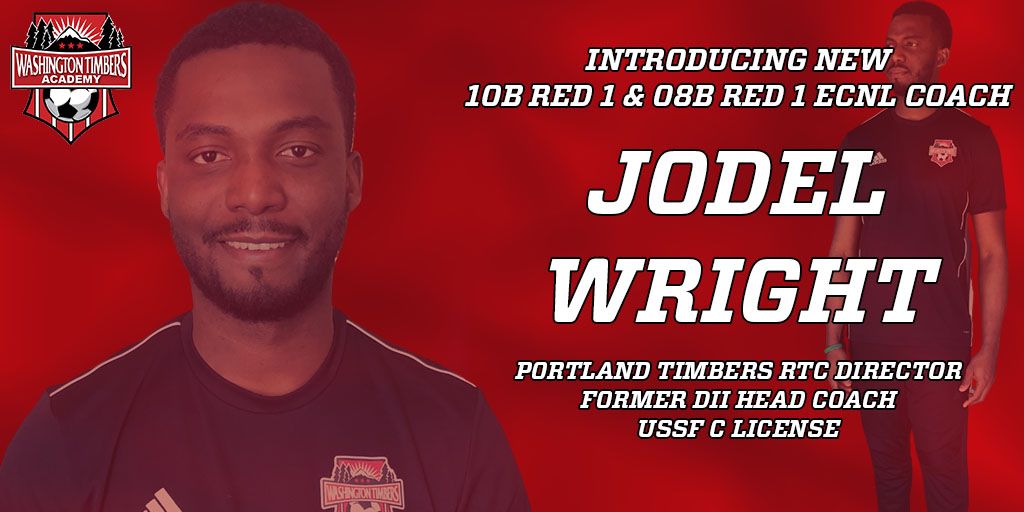 The Athletics Department is extremely excited to announce our newest addition to the coaching team. Jodel Wright has accepted the position of Director of Soccer at King’s Way and Head Girls Soccer Coach. Jodel is also on our high school staff in charge of College and Career Readiness and Student Leadership. We have been in deep prayer about God sending us the right person to lead our girls and design a program that reloads year in and year out. Coach Jodel Wright not only brings high school and collegiate coaching background to the table, but he is also a very notable and successful coach in the club world with the Washington Timbers working closely with the Portland Timbers organization. His experience speaks for itself and we’re excited to see not only the impact he brings to the current high school players, but the culture he’ll build over time with the young players on campus including elementary and middle school.

Jodel Wright was born and raised in Trinidad and Tobago and furthered his education and playing career on a soccer scholarship to Nyack College. After receiving a B.S. in Criminal Justice with a minor in Psychology he went on to pursue a M.S. in International Relations at Liberty University.

Wright enters his first year at Washington Timbers Football Club where he will manage the under-13 boys ECNL and under-11 boys’ teams. Prior to arriving in Vancouver, WA he was at the Portland Timbers where he directed the Portland and Vancouver under-10 to 12 boys Regional Training Center (RTC) and assisted the under-13 and 14 boys Olympic Development Program (ODP).

Prior to arriving in Oregon, he was at Nyack College where he managed the women’s NCAA Division II soccer program. He led the soccer program to two post-season quarterfinal finishes during his four-year tenure. His players have won multiple Conference Academic awards. He was tasked with changing the culture of the program. After two seasons, he had been voted Coach of the Year in 2016 among his colleagues at Nyack.

Wright left Nyack at the end of his fourth college season to work within the youth football environment. He is interested in developing the potential of young players at the professional Academy level. He believes that youth football is about future potential that it is about who the individual is becoming as a person and a player. He believes that as a soccer coach, he must never forget that youth training is about preparation for the future in football and life. It is not about what they do, but it is about what they are trying to do. He holds his USSF “C” License and is pending application for the USSF “B” License. Wright and his wife Madeline reside in Vancouver with their dog Rondo.